THE HISTORY OF BERKEL IN THE WORLD Find out moreContact us

The history of Berkel in the world

The history of Berkel factories globally

The Berkel brand of manual slicers soon gained worldwide acclaim, becoming a symbol of original innovation and constant improvement. Nowadays, these vintage machines remain priceless antiques: at La Bottega del Restauro, we carry out meticulous work to refurbish these valuable artefacts and restore them to their former glory.

We can define ourselves as a real repair workshop, which takes care of both the aesthetic and the functional side. To find out more about the history of the Dutch brand and the quality it represents, read on or contact us to find out how much each piece costs and receive a free quote.

From a vintage article:

“When, in 1898, Wilhelm Van Berkel manufactured the first slicing machine to make the slicing of cold meats less tiring and more satisfying, he certainly did not think that, within a few years, his name would echo throughout the world. However, his invention, which responded to a real need and provided a real advantage for sausage makers, was soon appreciated.

Slicing machines then began their march of penetration, and Berkel’s worldwide presence began to grow on all five continents.

In fact, after just one year, the first factory was up and running and over a hundred machines were launched on the Dutch market, rising to six hundred the following year. (…) However, it was still within the borders of a single country: Holland. But Van Berkel’s idea, a truly ingenious and in its own way revolutionary idea, deserved more. 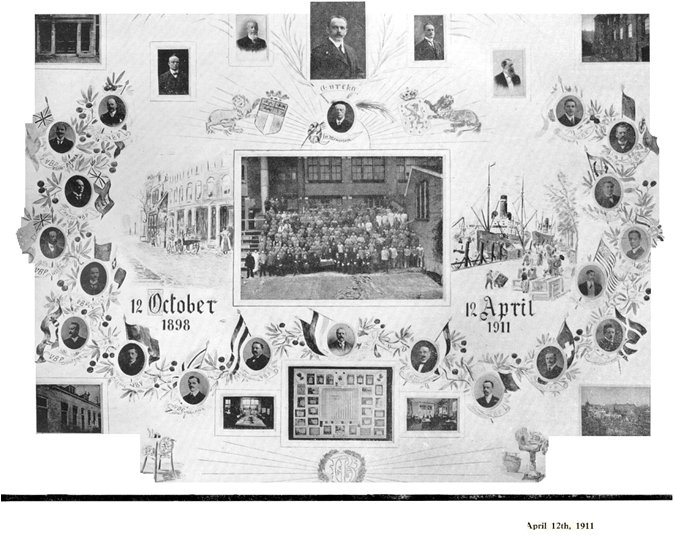 Berkel in the world: increasing demand from the foreign market

During the First World War, the Van Berkel factory also built internal combustion engines, parallel lathes and aeroplanes for the Dutch army, but soon after these factories were abandoned in favour of slicing machines and scales. In 1929, the first bascules were built”.

“But even before then, the expanded and modernized factory in Rotterdam was no longer able to meet the demands of every nation, and the construction of factories in various countries followed at a rapid pace: Denmark (1905), Sweden, Belgium and Switzerland (1909), the United States, South America, Norway, Germany and France (1911), England (1913), Austria, Czechoslovakia and Italy (1924), Canada (1929), Spain and Portugal (1939). The Second World War hit several Berkel factories hard, starting with the one in Rotterdam, but the prestige of the name and the tenacity of the managers were a sure guarantee for the rebirth: from the smoking ruins rose factories even more modern and better equipped than the previous ones.”.

“It is not easy to calculate the number of machines that leave the various Berkel factories every day, but it is not far-fetched to say that they certainly exceed a thousand. It should be added that this production hardly follows the ever-increasing demands of the market. Each factory, although generally dedicated to all three “Berkel” products (slicing machines, scales and automatic tilting machines), has specialised in certain types, which are better suited to the needs of the surrounding market. Rotterdam takes special care of high-class slicers and industrial tilting machines, Brussels of special scales, Zurich of characteristic industrial tilting machines, London of large slicers, and La Porte (U.S.A.) of industrial slicers”.

Berkel factories in the world 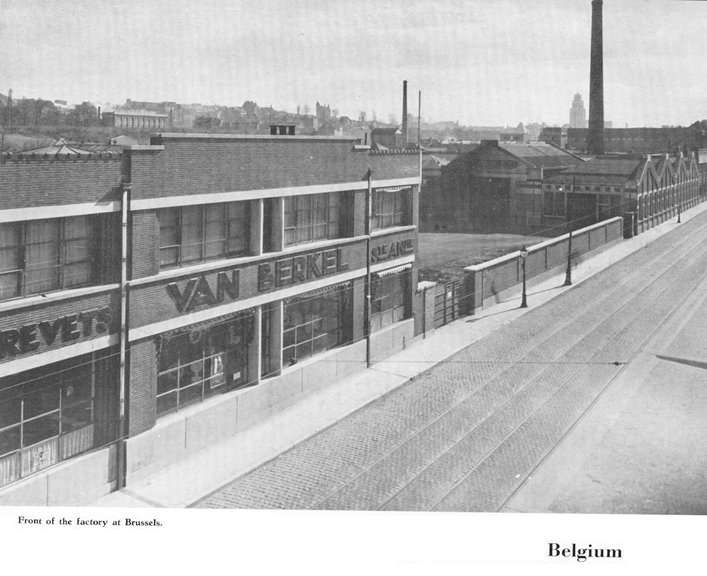 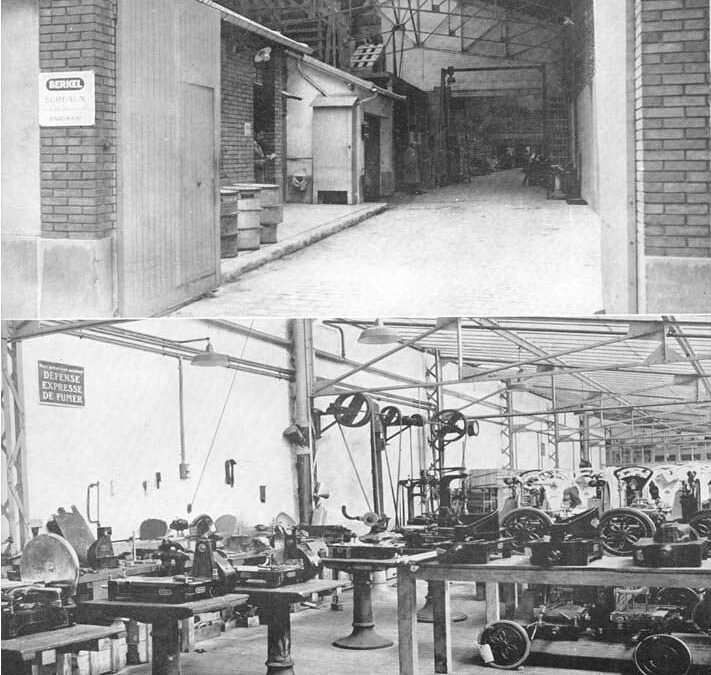 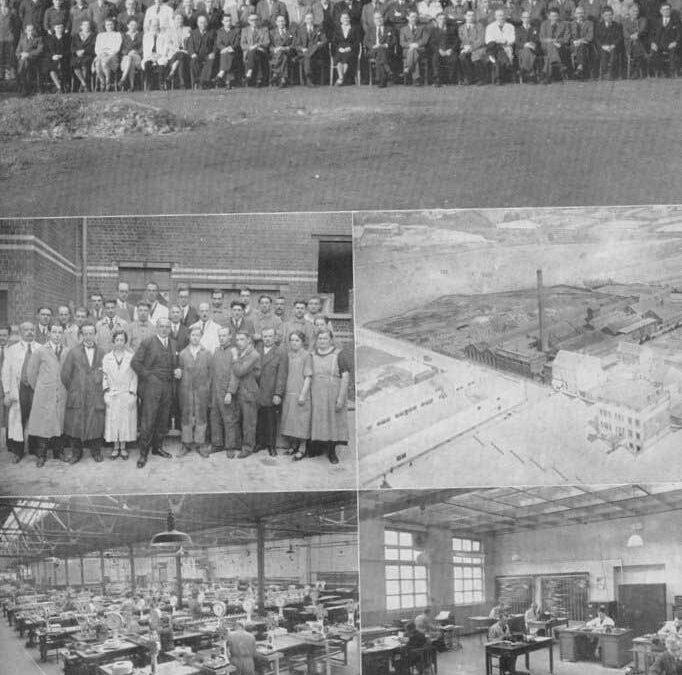 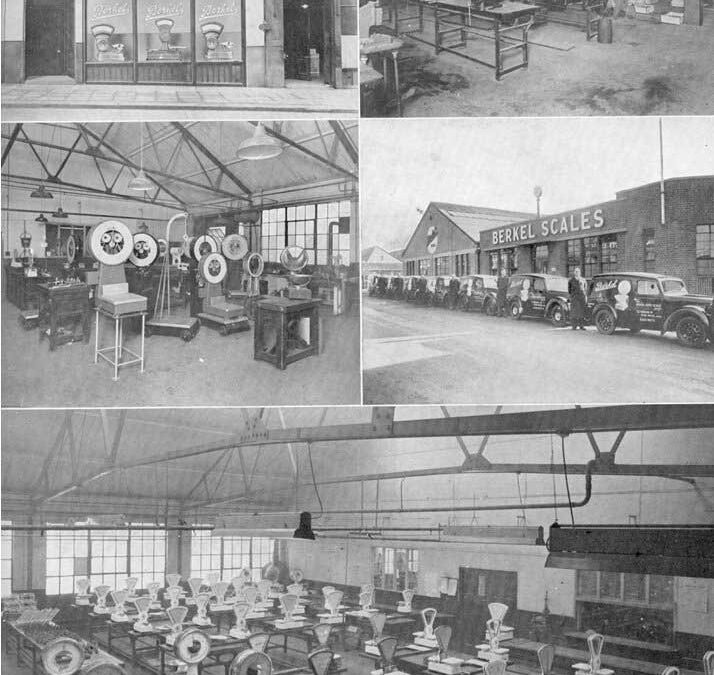 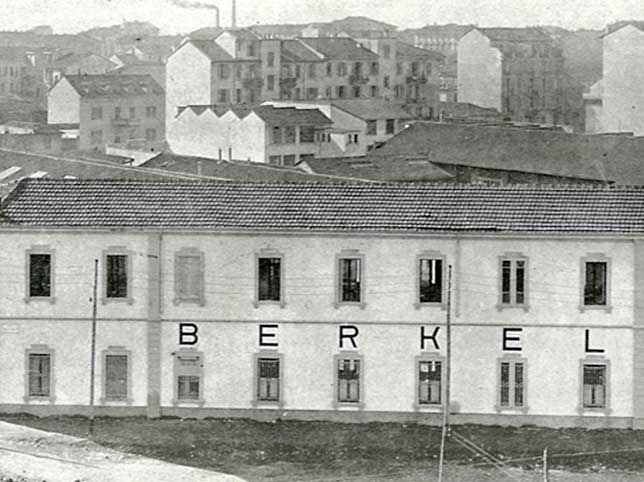 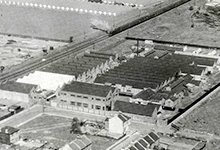 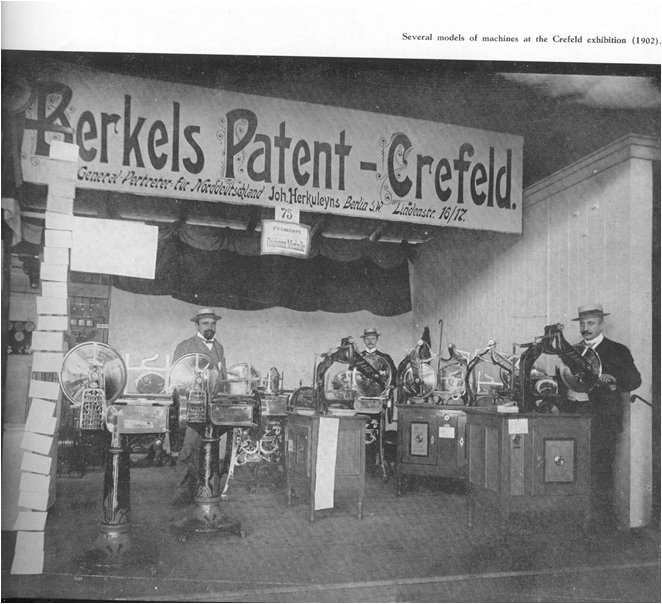 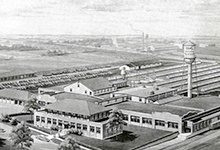 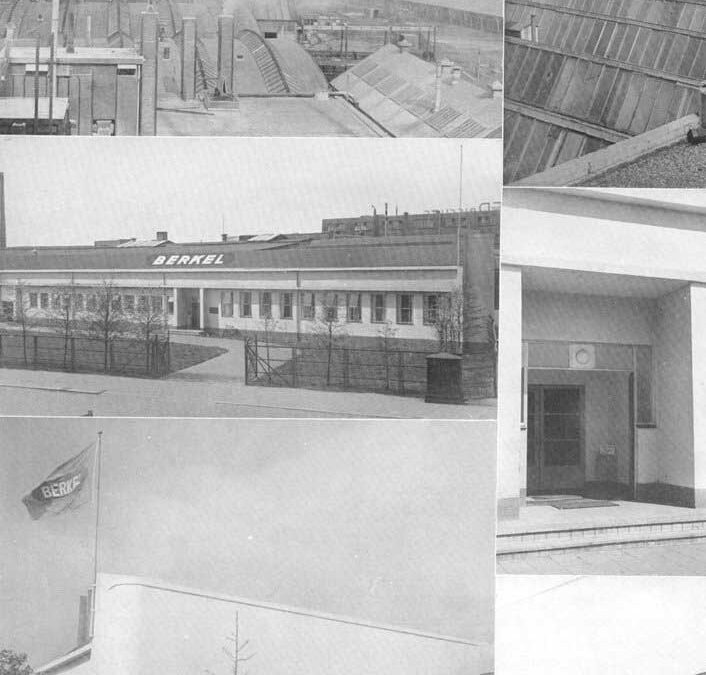